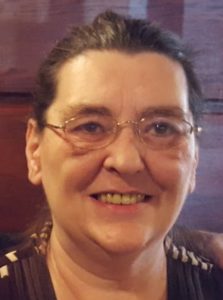 In 1981 she started university – the study of Philosophy and Russian Language at the Faculty of Philosophy in Zagreb. She graduated in 1986, receiving University Rector’s Award. During her studies she started publishing reviews, overview articles and original papers and articles in different journals (Filozofska istraživanja, Dometi, Kulturni radnik and others) from the fields of philosophy and literary theory together with translations of papers from English, Russian and Slovenian language. Since 1982 she has been full time member of the Croatian Philosophical Society, and since 1987 full time member of the Croatian Association of Scientific and Technical Translators, for the purposes of which she has translated a variety of texts from different fields from the abovementioned languages. Since 2003 she has also held a membership in the Croatian Writers Society.

In the period between 1990 and 1993 she was junior assistant at the Department of Philosophy of the Faculty of Philosophy in Zagreb, where she held seminar lectures and, from 1 July 1991 to 31 August 1993, worked as a junior researcher on a project titled Problems of Contrastive Philosophy (Asian and Western) (personal registered number in the Croatian Register of Scientific Workers: 180 386). In 1997 she earned a master’s degree from the Faculty of Philosophy of the University in Ljubljana with the thesis titled Dynamic Structure of Consciousness in Bergson’s Philosophy. She regularly publishes professional and scientific papers in journals (Filozofska istraživanja and Rival) as well as on Radio Zagreb’s Third Programme where she also regularly publishes both original articles and translations of literary and philosophical texts from the field of Indian, Chinese and Japanese philosophy. She has participated and delivered presentations at symposia both in the country and abroad (Colloquium of Asian Philosophies in Zagreb in 1988, International Symposium in Ceret, France, in 1989, Symposium in Bath, England, in 1992).

In 1997 she took her master’s degree from the Faculty of Philosophy of the University of Zagreb in the field of philology with a thesis titled The Theory of Translation. Her master’s thesis The Theory of Translation was published in Ladina Publishing House. She has participated at international symposia abroad (in 1985 at a colloquium in Moscow, in 1995 at the World Congress in Warsaw) presenting papers from the field of literary theory.

In addition to publishing original papers, she also publishes translations of scientific and literary papers from English, Russian and Slovenian language. During the academic year 1997/1998 she worked as a senior lecturer on philosophy, aesthetics and Russian language at the School for Higher Education in Music in Lovran, as well as freelance translator in Zagreb. From academic year 1998 to 2001 she was assistant teacher for Oriental Philosophy course at Croatian Studies with the University of Zagreb.